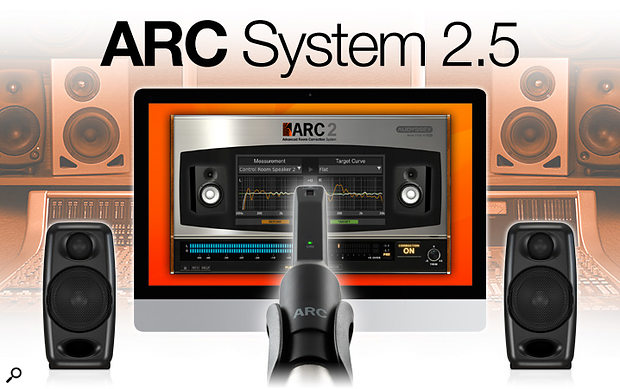 IK Multimedia have announced that ARC System 2.5 with MEMS microphone will be available for shipping in July 2017. Version 2.5 of the Advanced Room Correction System is the first acoustic correction system that combines a highly accurate new ‘MEMS' (microelectro-mechanical systems) durable omnidirectional measurement microphone, measurement software along with an audio correction plug-in for most Mac/PC DAWs. This employs Audyssey MultEQ XT32 patented technology which, IK claim, greatly improves the audio monitoring accuracy of speakers in any studio or room listening environment. 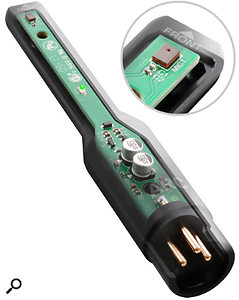 The original ARC System, reviewed in our March 2008 issue (http://sosm.ag/mar08arc), works by measuring the room in multiple positions, producing an accurate representation of its acoustic response. The software then generates a filter correction to make the response linear, creating a listening environment that provides a better representation of the music and audio produced with fewer potential problems introduced by the acoustic characteristics of the room.

From home studios to professional recording facilities or producers on the go, the aim with ARC is to take the "sound of the room" out of the equation, enabling users to mix faster and with greater confidence. IK are calling this the most cost-effective, professional solution for consistent sound and frequency response accuracy across the entire spectrum in any room, whether acoustically treated or untreated.

IK Multimedia first began using MEMS (microelectro-mechanical systems) microphones in their popular iRig Acoustic range first released in 2015, and now they are the first to bring them to the field of measurement microphones. The new MEMS measurement microphone included in ARC 2.5 works together with the room correction software to achieve greater correction accuracy than ever before with a precision of +/- 0.5 dB, claim IK. Like the other IK MEMS products, the new ARC mic is manufactured in Italy with an omnidirectional-type capsule chosen for its longevity and accuracy.

Thanks to the manufacturing process behind them, MEMS microphones offer extreme resistance to humidity and temperature variations as well as increased shock resistance, claims IK. This means they are much more forgiving to 'professional abuse' and can be easily carried around without the risk of damage. Also, all microphone units manufactured following this process maintain the same degree of accuracy with allegedly near-zero variation in terms of performance from unit to unit. That should mean that measurements will not only be accurate, but remain repeatable and reliable even after long periods of time. 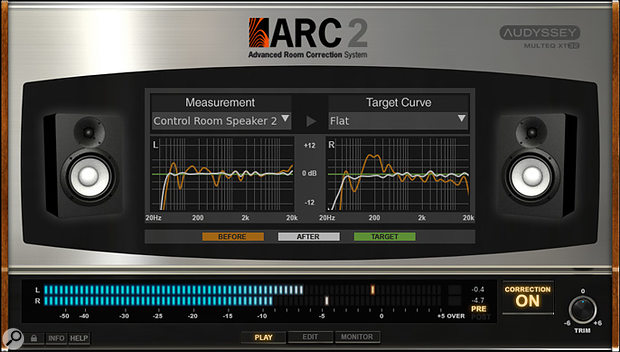 The Audyssey MultEQ® XT32 technology included in ARC 2.5 captures acoustic information at multiple locations throughout a listening area in both the time and frequency domains. It uses a sophisticated clustering algorithm to combine this information so that acoustic problems are accurately analyzed. Based on these measurements, MultEQ® XT32 calculates an equalization solution that corrects both time and frequency response problems in the listening area and performs a fully automated system setup. The result, say IK, is clear, well-balanced sound for any studio.

The included "Virtual Monitoring" feature lets users select templates to intentionally shape the sound of the monitoring setup to match devices like LCD TVs, car audio systems, small radios, etc., and listen to how their mixes will translate on other "virtual" band-limited systems and to ensure a perfect sound translation.

Current ARC 2 users can upgrade to software version 2.5 for free (Mac/PC), whereas ARC 1 and ARC TDM users can upgrade their software for as low as $/€49.99. The MEMS measurement microphone can be purchased separately at $/€69.99 by any previous ARC users.