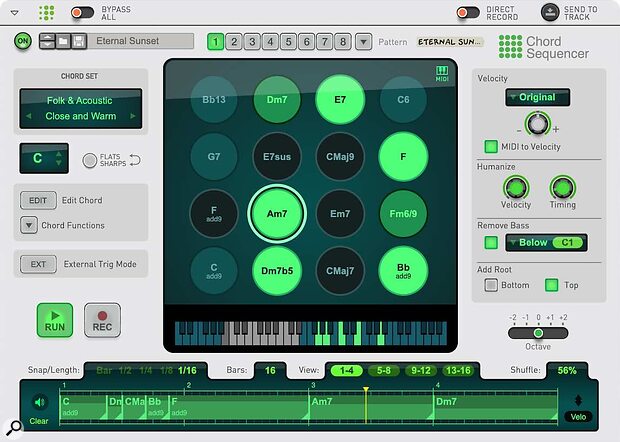 Reason Studios have announced that their Chord Sequencer Player Device has received its first update.

Originally released in June 2022, Chord Sequencer has quickly become one of the most popular devices in the Reason Rack, and this recent update delivers a range of new content and features which aim to make customising chord progressions and finding new sounds both faster and easier. A total of 47 new chord sets have been introduced along with 27 new patches, and Reason Studios say that they have also implemented over 10 new workflow features.

Chord Sequencer is exclusive to the Reason platform, although it is still available to users of other DAWs via the Reason Rack Plugin, which is available in VST3, AU, and AAX formats.

The update is free for all existing Chord Sequencer users and is also included in Reason+ subscriptions. For those wishing to purchase the device separately, it is available through the Reason Studios Add-On Shop for $69£64 including VAT.