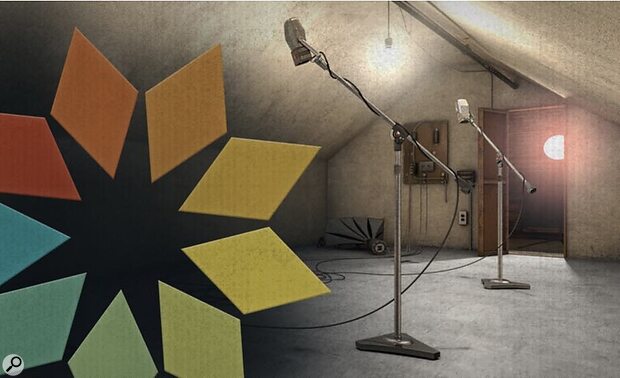 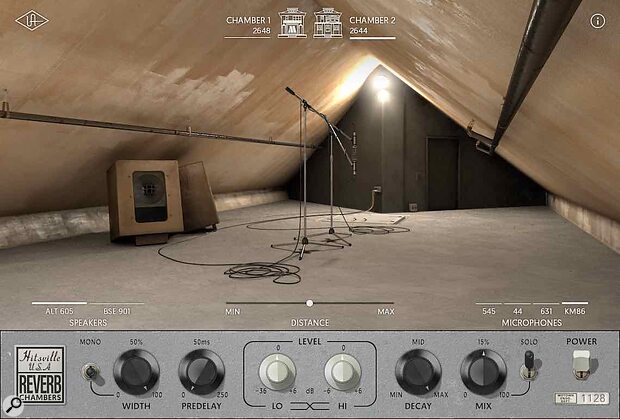 UAD Hitsville Reverb Chambers allows users to tailor the sound of their reverb by changing the positions of the microphones within the chamber.

Hitsville Reverb Chambers delivers the sound of the reverb chambers hosted in the converted attic of the iconic ‘Hitsville’ studios, and is the only reverb plug-in officially licensed by the Motown Museum. Universal Audio say they have captured the full character and ambience of the spaces, with the help of the original engineers that built them.

The plug-in features simple controls which allow users to quickly craft classic vocal and instrument reverbs, with Width, Pre-Delay, Decay, and Mix parameters available, along with a simple Lo/Hi Crossover control. Models of two different custom-built chambers are provided, along with a selection of different microphones and speakers.

The same Dynamic Room Modelling technology used to develop the company’s praised Capitol Chambers and Ocean Way Studios plug-ins also provides the opportunity to change the position of the chamber microphones, offering a wide range of new sounds beyond those offered by the original placements. 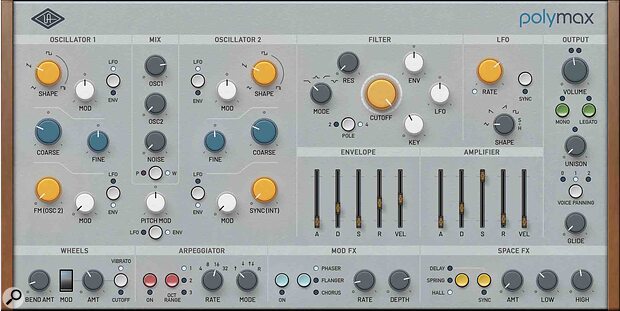 The latest virtual instrument from Universal Audio is a vintage-inspired software synthesizer that aims to provide producers, sound designers, and musicians with a range of sounds fro the golden age of analogue polyphonic synths.

Drawing on the company’s analogue modelling expertise, PolyMAX Synth is said to capture the sound of some of the best polysynths from the '70s and '80s. The instrument features an intuitive interface which allows users to quickly craft their desired sounds, and also comes equipped with a variety of presets that cover a wide range of musical genres.

PolyMAX Synth’s modelled oscillators and filters are joined by a selection of built-in studio-quality Universal Audio effects, including a ‘Hall B’ digital reverb, vintage analogue phaser models, flangers, and a tape delay. 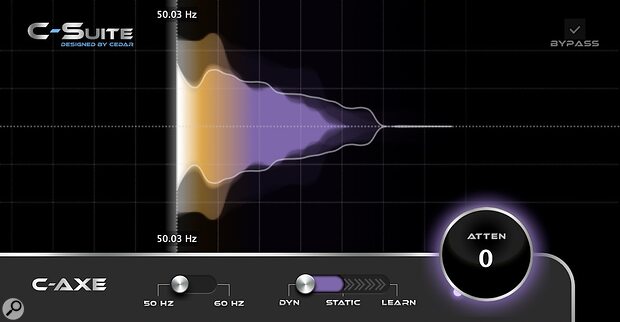 C-Axe provides users with the ability to clean up noisy guitar and bass recordings.

Developed by C-Suite Audio, the C-Axe is a dynamic noise suppressor that has been designed to eliminate hum and buzz from guitar and bass recordings, whilst still preserving the character of the original tone. Suggested uses include the removal of cable noise when recording a signal via a pedalboard or effects chain, or fixing recordings which have been affected by noisy pickups or amps, or suffered from interference caused by grounding issues or nearby appliances.

UAD Software v.10.2 is compatible with PCs running Windows 10 or 11, and Macs running macOS X 10.15 (Catalina) through to macOS 13 Ventura, with both Intel and Apple Silicon processors natively supported. Plug-ins are each available in VST, AAX, and AU formats.

UAD Software v.10.2 is available to download now. Hitsville Reverb Chambers and PolyMAX Synth are available natively as part of a UAD Spark subscription, priced at $19.99 / month. Perpetual license pricing for Apollo interface or UAD hardware users is as follows:

As with all Universal Audio plug-ins, owners of UAD perpetual licences gain access to the equivalent native UAD Spark versions free of charge, where available.