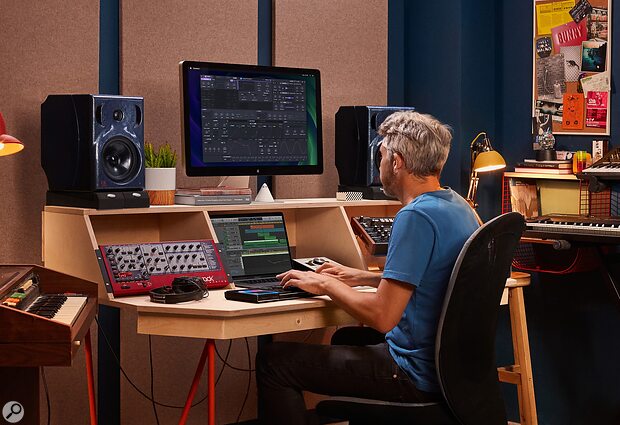 ROLI have arguably done more than any other company to fly the flag for MIDI Polyphonic Expression, or MPE. A relatively recent extension to the MIDI protocol, and formally incorporated into the MIDI 2.0 standard, MPE allows software and hardware synths to apply controller data, such as pitch-bends and filter sweeps, to individual notes within a single patch. It's a battle ROLI seem to be winning, too, with numerous major DAWs, including Live, Cubase, Logic, and Studio One, now supporting it.

Key to ROLI's success has been the Seaboard range of pressure-sensitive 'squishy keyboards'. Though the current range exclusively comprises software controllers, the original Seaboard Grand instruments incorporated an embedded synth engine called Equator, developed by ROLI in collaboration with FXpansion. With most DAWs now providing MPE compatibility, the need for Seaboards and similar expressive controllers to house on-board synth engines is much reduced, but Equator was such a success in its own right that ROLI continued to develop it, and it has now been subjected to a major update. 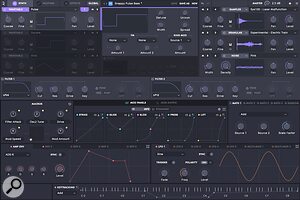 Equator 2 represents a big step up from the original dual-VCO instrument. It boasts no fewer than six 'source slots', each of which can be populated by traditional VCOs, as well as wavetable oscillators, samples, FM sounds or a granular engine. It also includes 42 new multi-sampled instruments covering a massive 180 different articulations. These cover vintage synths such as the Roland System-100, as well as traditional acoustic instruments, including some less commonly encountered ones like sitar and koto. The combination of MPE and multi-sampling is a powerful one, as anyone who's played the original Equator's double bass patch using a ROLI controller will know.

Modulation options have also been significantly enhanced in Equator 2, such that no parameter is now safe from being oscillated, wobbled, pitch-bent or otherwise manipulated as part of a performance. As well as responding to MPE input, you can modulate your sounds using a range of envelopes, LFOs and macros.

The effects section has likewise been expanded, and now lets you drag, drop and reorder effects from a large collection of processors.

Equator 2 is a powerful and potentially complex instrument, then, but ROLI have aimed to make it accessible too, by providing over 1300 ready-rolled presets. Naturally, these include many (500, no less) patches designed to be played using MPE devices, but users of traditional MIDI keyboards have much to look forward to too, with a further 800 presets designed for standard controllers.

Available now for Mac and Windows computers, in both AU and VST formats, Equator 2 carries a normal price of $249, but can currently be had for the introductory price of $199. Current owners of Equator, Cypher2, Strobe2 or ROLI Studio can pick it up for $149 or, again if they're quick, for the introductory upgrade price of $99.

To hear what all the fuss is about, check out ROLI's whistle-stop tour of Equator 2 presets in the video below.