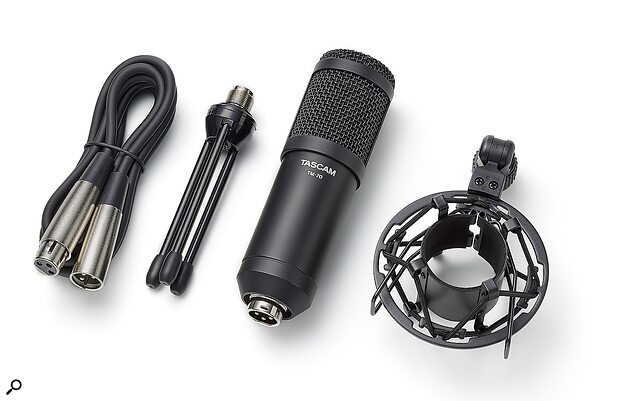 TM-82.Tascam have just unveiled two new microphones — both moving-coil dynamics, and both intended for vocals, but otherwise aimed at very different markets.

The TM-70 is designed for the spoken word, and is aimed at voice-over artists, radio studios and podcasters. It has a supercardioid polar pattern intended to reduce ambient noise and negate poor acoustics, and comes with a shockmount, desktop stand and even an XLR cable.

The TM-82, meanwhile, is a handheld mic designed for sung vocals, and features a cardioid polar pattern. The reduced directivity compared with the TM-70 results in a less pronounced proximity effect, making mic positioning less critical and ensuring a consistent sound even with more animated performers.