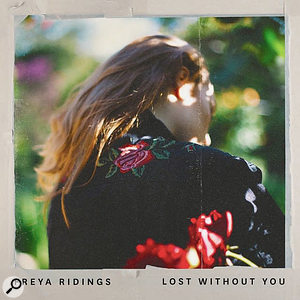 Here’s another one of those singers who make a feature of not opening their mouths quite as much as most people, so things like “I’m lost” come across as being harder work than normal. But far from being a drawback, this actually feeds rather nicely into the mood of the song, because the resulting characteristically constrained timbre sort of implies that she’s having to fight to maintain control of her facial facade despite overpowering emotions. (It reminds me of a similar affectation of James Arthur’s, as discussed back in SOS January 2017’s Mix Review.) Not that the tone ever gets muffled. On the contrary, it’s super-brightened — so much so that I’m not sure any de-esser I know of would have been able to rein in the sibilance sufficiently. (I’m guessing they might have had to cut the consonants out onto a separate track to control those, given how treble-enhanced the sustained vowels are.)

The plus side of the brightness is that it pushes the vocal way up front in the mix, especially in contrast to the understated upper spectrum of the piano part and the warm-sounding vocal reverb. On the downside, I found the vocal processing began to make Freya’s tone rather piercing and abrasive once she started opening up her chest voice around the 2:25 mark.

The sine-wave synth bass that enters with the second verse at 1:25 is worth listening out for because of the way its completely uniform sustain contrasts with the natural decay characteristics of the acoustic piano. In this respect, it’s interesting to compare this production with Adele’s ‘Make You Feel My Love’, which is similarly piano-led but uses a bass guitar for the low-end support instead; that instrument (even when compressed) has an appreciable sense of decay throughout each note’s duration. Personally, I prefer bass guitar in this context, as the synth somehow gives the production a whiff of electronica that doesn’t sit quite as well with the overall aesthetic of the song, although it’s a subtle thing.

Talking of subtle things, while I couldn’t swear to it, I’m suspicious that there might be a sneaky little keyboard pad warming up the piano texture, especially during the second half of the song. A dark-sounding chordal synth can often be slotted into a sparse acoustic arrangement like this to lend more tonal ballast without drawing attention to itself directly, and the richness of the piano sonics on this record suggests to me that there’s one in action here, even if nothing of the sort ever strays high enough in the balance to categorically give the game away. So if it is indeed there, then it’s very tastefully done! Mike Senior 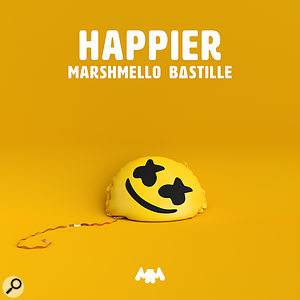 There’s lots to admire in this Manny Marroquin mix, but the clear highlight for me is that fabulous kick-drum sound first heard at 0:19. Anyone can make a kick drum cut through in a mix by adding tons of low end and bucketloads of upper mids, but often those lows will also add rhythmic flabbiness and those highs will make the tone feel cheap and plasticky. This record, on the other hand, features a real rarity: a thick-sounding kick drum that remains tremendously tight and prominent on any system. With many kick sounds, you can sweep around with an EQ and immediately isolate the frequency range where the drum’s rhythmic definition resides, and I immediately started investigating this track in that way — but it proved tricky, because it felt like it had similarly prominent attack everywhere between 80Hz and 800Hz! Yes, there’s a region around 500Hz that features a little more, but it’s impressive how well the kick retains its punch even if you totally carve that spectral region away. That’s the secret to its incredible translation between systems, I think, and this is certainly a record I’ll be referencing for any pop or EDM production I mix in future.

Once I’d recovered from the splendour of that kick sound, I began to find the song’s introduction quite remarkable. At first listen, I just wrote it off as another standard vocal and piano introduction, but then it struck me how distant-sounding the piano is. It’s by no means an uncommon tactic to have your piano darker-sounding and/or more reverberant than your lead vocal, so as to push the singer to the front of the mix by virtue of sonic contrast (as in Freya Riding’s ‘Lost Without You’, or indeed Adele’s ‘Someone Like You’), but this production takes that to an extreme. It’s almost as if Marroquin’s muted the dry sound and just faded up the room reverb! What I find particularly intriguing about this is that I didn’t really notice it the first few times I heard the song, and would have sworn blind (from memory) that the piano was much closer-sounding than it really is. So, effectively, I subconsciously conformed my perception of that piano sound to my expectations of how such a texture ‘should’ sound in a chart production. Assuming I’m not the only one doing this, it means Manny Marroquin can have his cake and eat it too, bringing the vocal more upfront by making the piano abnormally distant, and yet also relying on the listeners to fill in the piano presence they’re expecting to hear. Argh! He’s messing with our brains! Mike Senior 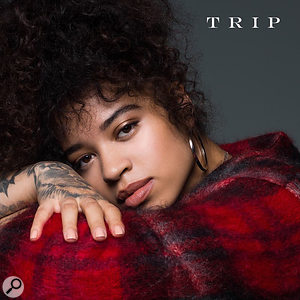 Given recent developments in neural-network technology, some are understandably expressing concerns that AI might begin to do human musicians out of a job. Eternal optimist that I am, however, there’s a part of me that welcomes this development on the basis that I reckon productions like this one will probably be first against the wall when the robot revolution arrives!

A two-bar piano loop. A slightly square-wave-y synth bass. The usual retro drum-machine samples with a few MPC-style rolls. A ‘let’s play with the mute buttons’ arrangement. Excited yet? Well, wait until you hear the vocals! Honestly, her performance has been so steamrollered with tuning and timing processing that if someone had told me this was a demo for the latest generation of backing-vocal virtual instrument, I’d not have batted an eyelid. It’s like it’s trespassing on the Uncanny Valley from the wrong side! Now, of course, I realise that plenty of artists use extreme vocal correction as a genre flag, but the novelty factor’s surely worn off by now, so I can’t help thinking that if you’re going to leach so much expression out of the lead singer’s voice like this then you really ought to have something else interesting going on in the arrangement to take up the slack. Or else just prepare to submit to the Matrix. Mike Senior 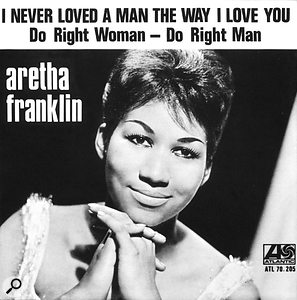 Like many pundits in the wake of The Queen Of Soul’s sad passing, I’ve recently been revisiting her incredible recorded legacy, and it’s this song that knocks my socks off more than any other. Despite it being her breakout hit, she already had nine Columbia albums under her belt, and that experience is abundantly apparent in the sheer range of her expression. Partly this is a simple question of pitch, with the melody effortlessly sweeping across two octaves up to top F — a note few chart singers hazard these days, least of all with such full-blooded wailing. But its also an issue of dynamics. It’s so tempting as a singer to find a level of performance intensity you feel comfortable with and pretty much stick to it. What’s so great about this performance is not only how it pushes to such extremes (the breathy purring of “the way that I” at 1:52 versus those top-of-the-lungs “yeah”s at 2:20), but also how starkly those are often juxtaposed, for instance during the first hook section at 0:47-1:00.

One difficulty with translating such dramatic vocal dynamics into recorded form, though, is that the singer also carries the lyrics, and those words won’t remain intelligible unless the level variations are significantly reduced during production. Here, however, the significant distortion on the louder vocal sections recreates an effective illusion of massive dynamic range despite this. So even though “baby you know” (1:28) doesn’t actually push out much more volume than “that you ever had” (1:32), the heavy distortion on the former makes it abundantly clear where Franklin’s really piling on the horsepower. Whether this was intentional I can only speculate, but it’s fair to say that the technical difficulties of capturing a vocal like this to tape without excessive noise or distortion were considerable, so it may simply have been unavoidable. (When tracks became more plentiful in the ’70s, some engineers would actually work around the problem by multing the vocal signal to two tracks with different recording levels.)

The vocal reverb’s also intriguing, because if you listen to the song’s a capella breaks, they boast a rich layer of reverb, but the “oh no no” that ends the preceding line is much drier, especially second time around at 1:50; we’re used to automating effects at mixdown these days, but it’s not often you hear such a clear example from over 50 years ago! What I can’t quite decide is whether we’re hearing a static reverb send on just the backing vocal overdub (which only appears for that section), or a reverb fed from both vocals being ridden up dynamically by hand. Every time I play it I draw a different conclusion... Mike Senior