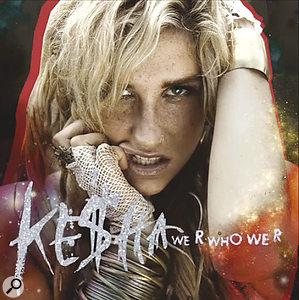 This mix has a lot of instructive little production tricks, such as the drop at the start of the second verse, which uses the kick to reinforce the 3/8‑note synth riff momentarily, demanding renewed attention for the lead‑vocal lyrics. But it's the middle section (2:15‑2:48) that I think is the real tour de force from an arrangement and mixing perspective, developing an uninterrupted sense of tension and rising power over a full 16 bars, yet without stealing the thunder of the final chorus entry. Build‑ups are always tricky to pull off well (especially when your dynamic range is strapped into a pop straitjacket), and there are several factors I can hear that seem to contribute to the successful result here. Firstly, the texture drops right down to solo vocals at the outset, which leaves lots of room to fill out the arrangement later on; and the track also dries right out so that the introduction of the obvious reverb at 2:32 can create a more powerful illusion of increasing size. The producers have also been quite careful to avoid giving too much too soon, letting the vocal effects entertain the listener while the backing track's filtering slowly opens up.

The change to a more watered‑down kick‑drum sound from the halfway point (2:32) is another critical factor, allowing the chorus kick to still make an impact when it arrives. Notice, as well, that the backing track at this point becomes rather understated in the very 4.3kHz region that the vocal sound uses so prominently to cut through the mix elsewhere (much as in Jessie B's 'Price Tag'), which pretty much guarantees that Kesha's re‑entry comes across as ridiculously upfront and aggressive by comparison. The double machine‑gun effects on the vocal and snare towards the end are the icing on the cake — why have one when you can have two?!

The final choruses hold a couple of other little details that merit investigation. Check out the subtle tape‑stop‑style transition effects at 2:56 and 3:04, which just give extra momentum into the downbeat on those occasions. If you phase‑cancel the two final choruses against each other, you can also hear a lot more detail about what's going on with the vocals, most notably what the lower harmony line is doing — and although this is mostly submerged under the drums and synths in the mix, it does make an important behind‑the‑scenes contribution to the overall vocal impression. Mike Senior 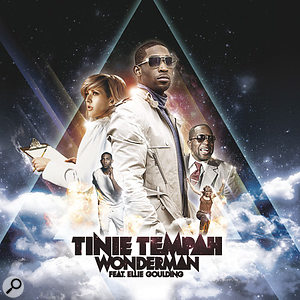 This is another track that has some fantastic arrangement devices. The drop at the start of the second chorus is inspired, for example: it not only serves the technical purpose of reducing the overall energy level (so that it can be built up again later) and re‑focusing the listener on the vocals, but it also pulls off a great bit of word‑painting as the filter opens for the words "imagine when it changes”. I also love the transition at 2:45, where the middle section leads into the guitar solo: an imaginative combination of extreme vocal pitch‑glides, snare machine‑gunning, reverse‑envelope, wind‑like sound effects, short guitar chugs, a cool little 'wooo!' vocal fill, and some general fader rides.

It's not all rosy, though, especially as regards the bass sound. For a start, this is all low end, with no low mid‑range to speak of, so it mostly disappears on small speakers, only emerging rather disconcertingly when it rises up the octave during the second half of the first bar in each four‑bar pattern. My guess is that this track was mixed mostly on full‑range speakers, and probably at fairly high volume, because it makes the most sense when heard that way. However, if the producers were looking for more widespread translation of this sound to the typical‑end user, they'd have been well advised to give the bass a bit more energy above its fundamental frequency. Assuming for the moment that small systems weren't really on the radar for this production, the level and phase mismatches between the left and right stereo channels at the low end still create an unwelcome element of bass inconsistency, as I discussed in connection with Chase & Status's 'Blind Faith' last month.

I'd have preferred the guitar solo to be further forward in the mix at 2:50 too, as it feels like a bit of a let‑down when it arrives, especially in mono. It might not be simply a question of level, though, as the sound has a soft‑edged tone and a wide stereo image, both of which factors will be contributing to its lack of 'cut‑through'. Mike Senior 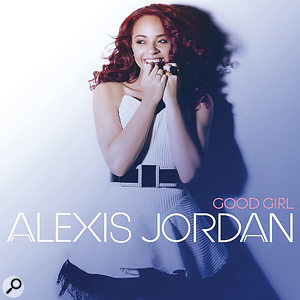 Although on first listen I was worried that the pre‑chorus (0:45) was about to rip off Katy Perry's 'Firework' big style, my fears were proved groundless by the song's nice harmonic digression from the home key of A-major into its relative minor (F#) — rather aptly underscoring the ambivalent nature of the lyric, in my view. However, I was a lot less enamoured of the A-major-seventh chords (with 'G' in the bass) at 1:53, 3:24, and 3:32, presumably introduced to refresh the listener's interest in the heavily repeated 'good girl' hook material. Given that the harmonic bedrock of the pre‑choruses and choruses everywhere else is pretty conventional (an A‑F#m‑E7 progression, roughly speaking, with root notes in the bass), it sounds very strange to me that the A7 chord's characteristic tritone interval (G to C#) is resolved so weakly into F# minor, where a 'D' chord of some kind (perhaps D6) would feel much more logical, albeit necessitating some alteration in the pitches of the vocal lines.

Now, I realise that with harmonic issues one man's meat can often be another man's poison, and you could argue that this little turnaround achieves its primary purpose (ie. attracting my attention), irrespective of whether it's satisfying from a musical perspective — but I don't think this viewpoint really stands up to scrutiny, because there are plenty of much more arresting chords you could put in there if shock value was the be‑all and end‑all. Mike Senior. 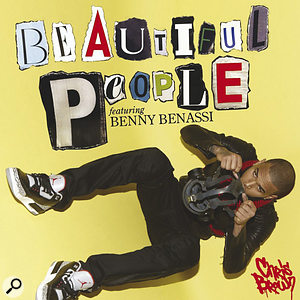 It used to be that the classic dance‑style delay patch was the 3/16 — in‑tempo, but nonetheless syncopated, creating lots of complex, skittering repeats for even the most four‑square synth line without undermining the underlying metronomic pulse. However, where the 3/16 rhythmic grouping permeates the actual synth/vocal lines themselves, as in this Chris Brown single (and many other club tracks at the moment), the simple eighth‑note delay can take on the same 'press this button for more rhythmic interest' role instead. In this particular case, though, I suspect there's a 3/16 delay patch happening too, even though you can't hear it most of the time, because its echoes are being masked under each new riff note. The reason I think it's there is because the 11th note of the riff (at around 0:04) only has an eighth‑note duration, which means you can hear one little 3/16 repeat pop through just after the 12th note of the riff. This is the kind of clue that I'm always on the lookout for. It suggests that there's a 3/16 send effect contributing to the sound of this mix in a 'stealth' capacity, even though it's not really audible in its own right anywhere else in the track, as far as I can see.

The Sides signal of this mix is worth a listen too. The first thing to notice is how little low end there is in it, because both the kick and the bass are totally mono — something that the mix engineer here, Serban Ghenea, seems to do more frequently than some. But the other thing to pay attention to is the heavy compression gain‑pumping effect. Although the simplest way to achieve this kind of effect is just to turn the kick up loud in the balance and hammer the whole mix into a buss compressor, that's clearly not what's happened here, because the pumping is primarily affecting the big, fizzy synth sound much more than it is the little arpeggiated synth line, or the lead vocal delay/reverb effects tails. The advantage of applying the pumping effect more selectively like this is that you can exaggerate it as much as you want (to give that subjective 'the kick's so loud that my ears are almost imploding' illusion) without any danger of losing vocal intelligibility. This is particularly important in this song, because Chris Brown's vocal follows the rhythm of the bass riff a lot of the time, so if the pumping were affecting the whole mix, many of his words would have their front consonants ducked. Clearly, some classic dance tracks have made a virtue of this kind of effect (Stardust's classic 'Music Sounds Better With You' springs to mind), but from a pop‑crossover perspective, anything that compromises clean transmission of the lyrics is always going to be considered something of a gamble. Mike Senior