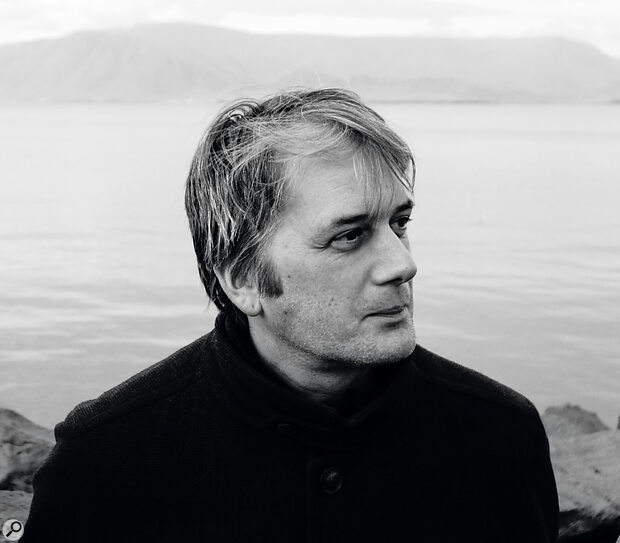 Andrew Ostler is the man behind one of the UK’s most eminent Eurorack developers, Expert Sleepers. As an artist he makes sweeping experimental electronic music with healthy doses of acoustic woodwind, both by himself and with guitarist Michael Bearpark as Darkroom.

It was a palate cleanser, really! I started them about a year ago. I was needing to start something new. The Expert Sleepers thing has always been, more or less, to do what I personally would enjoy using or find useful. I’m one of these people who does believe that analogue brings something you can’t get from digital, whether that’s to do with human interface or how it behaves when you abuse it slightly. I’m very pleased with how it turned out.

My usage of modular has always been very basic, in a way. It comes back to whatever VCOs and VCFs I like the sound of, and some effects to mess things up! I’ve got a Metasonix valve VCA which I love using. I do come back to the Doepfer modules still. A Doepfer VCO is just a VCO, and a Doepfer filter is just a filter, and it’s not trying to be 20 other things at the same time. It’s just that one thing and it sounds good. The [Flight Of Harmony] Plague Bearer and The Sound Of Shadows have been in my rack for a long time. I have some bucket brigade delays, some [Expert Sleepers] Distings, a Birdkids Bateleur... I’m keen on the Xaoc modules, actually — their Moskwa eight‑step sequencer I used for a long time.

I think it’s more multifarious than it might seem. You get the analogue purists, you get the people who buy one of my interfacing things and all the expanders so they’ve got 64 channels of control coming from their DAW, you’ve got the people who want to use hardly any patch cables in a system which is basically digital... And then you get people who are just tinkering because they want to have a go. My view as a manufacturer is simply that there are a lot of different people, with different wants and needs. I certainly wouldn’t have gotten far at all if it hadn’t been for interacting with those people on forums.

On one function vs many

The Disting — the whole multi‑function thing‑ was a series of accidents, I guess! I think I was trying to make an analogue VCO, and the tricky thing to get right with VCOs is the tracking. I was thinking, ‘Could I possibly do this in software?’ because my background is in software. So it became a microcontroller with A‑D/D‑A conversion. That became the Disting, and then I had the idea for jack sockets that lit up. The Disting was almost an excuse to make a module with light‑up jack sockets, really. It was almost that simple. I’d made a little thing that inputs and outputs audio and CV, and given those constraints, what could that be?

It’s partly me enjoying the challenge, but it also comes back to the modular community — listening to customers who are on the forums who might say, ‘This is great, but if it could just do this one thing it would be super great.’ So I’ll think, ‘OK, well that’s two lines of code.’ It costs me nothing to add that and makes the module more valuable to everybody. So why not?