Digital Mixers In The Studio

Many of the features that won live sound engineers over to digital desks also have huge potential in the studio. We check out some of the best options.

When large-format digital consoles from the likes of Sony, Tascam, SSL and AMS Neve first appeared, they were targeted at recording studios as well as broadcast and post-production. They never came to dominate the recording sector in the same way, though, and as the notion of 'analogue warmth' gained traction around the turn of the century, they started to become rather unfashionable.

At about the same time, digital technology began to take over the live-sound market, as live productions became ever more ambitious and required ever higher channel counts. Advanced features like remote control, audio networking, scene saving and recall, personal monitor mixing, huge amounts of DSP, and direct-to-USB recording started trickling down into the lower end of the live-sound market, and it wasn't long before studio shut-ins saw their potential for recording applications. In particular, the fact that so many of them can also work as multichannel audio interfaces means that modern digital mixers can fulfil a number of roles: preamplification, A‑D/D‑A conversion, routing and mixing are built into one box. So, whether you need a fader-packed console for hands-on mixing, you do enough live work to justify owning a digital desk, or you're simply drawn to the idea of having an interface and mixing engine in one unit, let's see what the current crop of digital mixers can offer you.

PreSonus' original StudioLive console was specifically designed for both live and recording applications, combining familiar analogue-like 'one channel per fader' operation while offering 32 channels of computer recording over Firewire. The range has grown steadily since the first one appeared in 2003, adopting the USB protocol along the way, and now spans everything from large-format 64-channel consoles to the dinky 1U-rack StudioLive 16R. StudioLive mixers also offer an impressive amount of integration with PreSonus' Studio One DAW. For example, you can use a StudioLive mixer as a Studio One DAW controller, and because both console and DAW use the same Fat Channel signal processing, you can even transfer mixer settings between them.

The X32 had a profound effect on the live music scene, and arguably did more than any other mixer to convert the lower echelons of live sound over to digital. For the price of a decent analogue board, small venues and gigging bands could enjoy flying faders, virtual soundchecks, LCD scribble strips, remote stageboxes, personal monitor mixers, and more. Like the StudioLive range, the X32 series has expanded to cover a number of different form factors, like the compact Producer edition and various rackmounting options. More recently, Behringer have also launched the intriguing Wing mixer, which also looks to have recording applications. 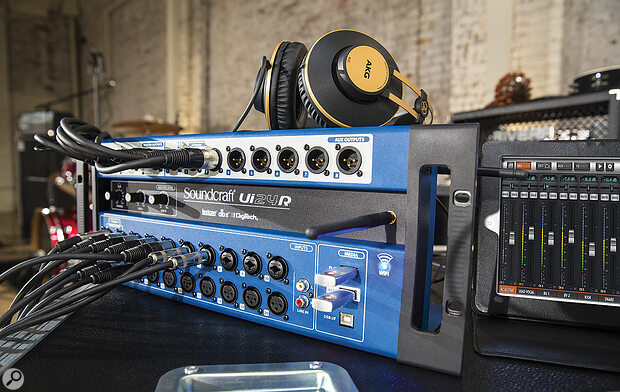 As live engineers started patrolling their venues with iPads, some bright spark started to wonder whether mixers needed a control surface at all. And then someone (possibly the same person) went further, and asked if we couldn't just hide all the mixer stuff inside a stagebox, chuck a WiFi router in there for good measure, and banish stage snakes altogether... The Soundcraft Ui series was born. The Ui12 and Ui16 offer excellent value for live situations where faders aren't needed and space is at a premium, but the flagship Ui24R is the one to look at if you're looking for a recording mixer-cum-interface. Like most of the other mixers here, it can operate as an audio interface and a direct-to-disk recorder, but the Ui24R is slightly unusual in that it can do both at the same time, offering a convenient redundant setup for when failure is not an option. 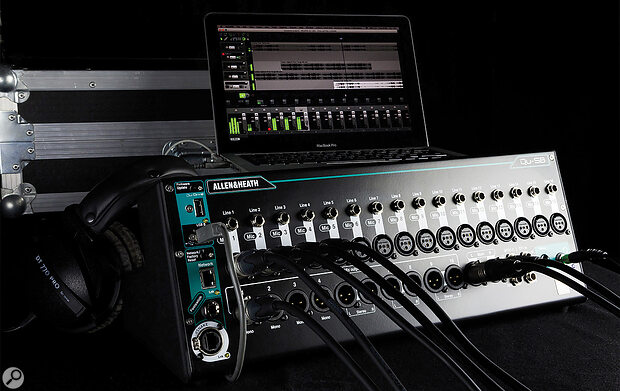 Soundcraft aren't the only proponents of the stagebox-format mixer: Allen & Heath also make some enticing options, including the Qu-Pac and Qu-SB. Both are based on the tech from their larger Qu-series consoles, and they offer a similar amount of analogue I/O, but differ chiefly in terms of the amount of physical control they offer. The Qu-SB can only be controlled remotely, via Ethernet or Wi-Fi, whereas the Qu-Pac sports a touchscreen and encoder, allowing you to access all of the main functions directly. Naturally, both can also function as multichannel audio interfaces over USB. 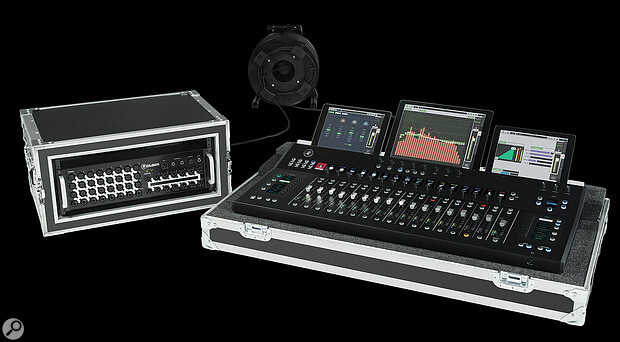 Despite being nearly a decade old, the Mackie DL1608 remains the mixer of choice for our Executive Editor Paul White, mostly because the remote Master Fader app is so intuitive and quick to use. You can now get various rackmounting DL-series mixers, of which the flagship DL32R, with its 32 analogue inputs and 14 assignable mix outs, would make a formidable studio centrepiece. And if faders are a must-have, Mackie also offer the DC16, a substantial hardware controller with 17 faders and encoders, extra I/O via Dante, and a talkback section.

More than 'just' a digital mixer, Zoom's LiveTrak devices are also highly capable stand-alone multitrackers — so while most of the other models here can make 'rough and ready' multitrack recordings of all their inputs without a computer, the LiveTraks can do overdubs and punch-ins, have a proper project management system, facilitate song position markers, and so on, all in addition to being able to work as audio interfaces. They also all boast multiple headphone outs with individual foldback mixes, and the baby of the range — the LiveTrak L‑8 — can even run on batteries.

One company who never gave up on the idea of digital studio mixers is Yamaha, whose venerable 01 and DM series mixers are still in production today — indeed, our Technical Editor Hugh Robjohns still owns and uses a DM1000 in his home studio. They also make the (large and expensive) Nuage post-production consoles and, more realistically for most of us, the TF series of live-sound desks. With its intuitive touchscreen, rackmount form factor and optional Dante connectivity, the TF-Rack looks like a particularly studio-friendly option. 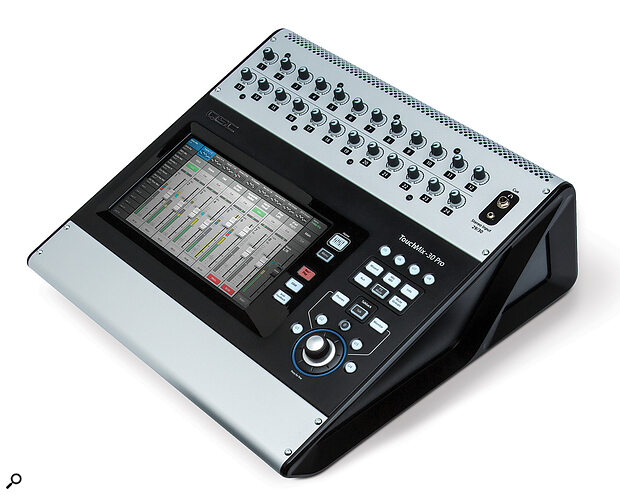 QSC's TouchMix series are highly regarded by live engineers for their sound quality, robustness and usability. Although they weren't originally conceived with studio recording in mind, a major firmware update to the flagship in the range, the TouchMix-30 Pro, added 32 channels of bi-directional audio interfacing via USB. It also has a number of unusual but very handy extra features, including DCA and mute groups, a real-time analyser, and a graphic EQ room-tuning wizard.