The Beautiful Suchness Of Things

Nick Molyneux’s songs mostly feature picked acoustic guitar, mandolin and the occasional ‘eat shit’ bass line. These are used to set off lyrics by a poet called George Marsh, who extols the virtues of “real mayonnaise”, teaching yoga in prisons and taking care of your Jimmy Choos. If there was a Grammy Award for Most Middle–Class Country Album Of The Year, this would be a shoo–in. 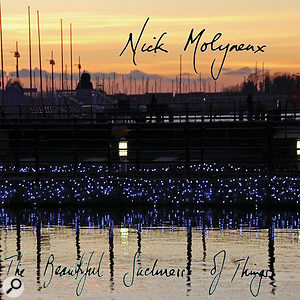 The combination of down–home music with words belonging on a New Age meditation CD is certainly an original one — and, in all fairness, a lot more fun than the music from your average New Age meditation CD. It helps that Nick Molyneux has a fine voice and is a more than competent instrumentalist.

There is, however, room for improvement on the recording front. It sounds as though he has run into some of the classic issues that arise when you try to record vocal and guitar at the same time, and hasn’t always managed to make it work. In some places he achieves an acceptable vocal sound at the expense of relying mainly on a nasty DI’d guitar signal; elsewhere, he lets the vocal sound go hang in pursuit of a decent guitar tone. Track eight, ‘Blame Not’ stands out as the only place where he achieves a really coherent combination of instruments and vocals. Sam Inglis

If Nick Molyneux’s CD sometimes suffers from his quick-and-dirty approach to live recording, there are times where Peter Appleyard’s album exposes the problems of the opposite extreme. Recorded in sessions that spanned three years and apparently involved almost every musician in Norfolk, it is uniformly crisp, expansive and punchy. Full credit must go to Appleyard and recording engineer Jonny Cole for achieving such a full sound, and on the best tracks, most notably ‘Ghosts’, their work serves to enhance some nice performances and arrangements. 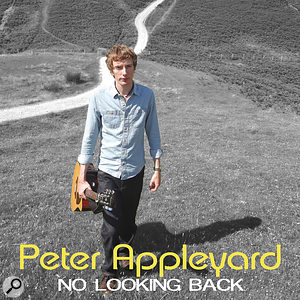 Elsewhere, however, there are moments where the whole is not as great as the sum of its parts. Opener ‘One By One’, for example, Ieft me with the impression that Peter had struggled to overdub his vocals to a track recorded at slightly too fast a tempo; and although the slight instrumental ‘Cathedral Cove’ might have been tolerable if it had been left as a solo acoustic guitar piece, its burial under vile synth pads had me racing for the Skip button. Sometimes, less is more. Sam Inglis

Just like cowbells, narcotics and the ‘C’ word, vocal effects are best used sparingly, and have a way of losing their potency when over–relied-upon — a phenomenon that Drifters & Dreamers unfortunately demonstrates all too well. Almost every track here features songwriter/producer Paul Thomas Butterfield’s vocals being utterly drenched in reverb, modulation and either vocoder or extreme pitch–correction effects. What makes this all the more baffling is the fact that, on the few songs where his singing is presented naturally, it’s clear he has an excellent singing voice — great pitch and a lovely tone. So why hide it?

Happily, however, that’s almost my only complaint about the album. His knack for finding hooky melodies is plainly evident, and his arranging abilities are also formidable — the numerous vocal harmonies and counter–melodies are almost Wilsonesque in their grandeur. 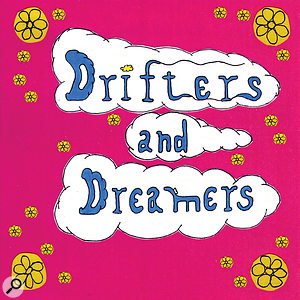 Also pleasing is the way in which Paul’s delicate acoustic–guitar fingerwork has been supplemented by some very tasteful electronic elements, including some well–programmed drums and synths (occasional General MIDI flute sound notwithstanding).

A nice touch to the album is that two of the songs are presented in both ‘acoustic’ and ‘pop’ guises. The former versions are still embellished with synth pads and overdubbed harmonies, but subtly so, such that the songs themselves are still the centre of attention. The more uptempo pop versions, however, are a little too generic in terms of production for my taste. Chris Korff