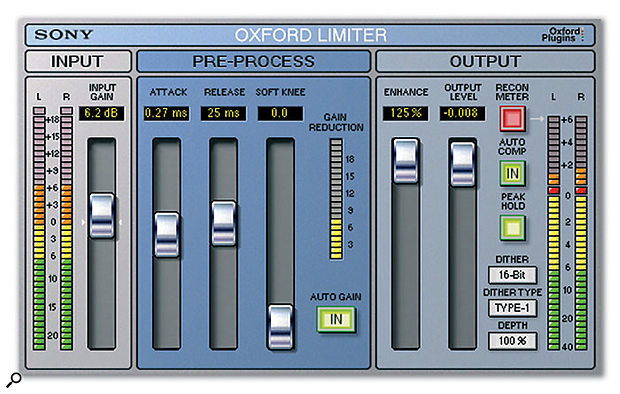 This month there's news of further maintenance updates to Pro Tools, plus some intriguing plug-in launches...

Another month and another raft of Digidesign updates to report on! First, Digidesign have announced two 'cs' updates for Pro Tools. The first is the 6.9.1cs1 update for Pro Tools TDM on Mac OS 10.3, which fixes two problems. Disk activity was too high during record passes, which could result in -9073 errors, and older peripherals attached to a 192 I/O or 96 I/O with firmware version 4.3 would exhibit incorrect gain at their inputs. If you have a 192 I/O or 96 I/O, and the interface firmware version is 4.3, you need to run the Digitest firmware updater — oddly, the correct firmware version is actually 3.0.

The second 'cs' update affects version 6.9.2 of Pro Tools LE and Pro Tools TDM for Pro Tools HD and Accel Systems on Mac OS X 10.4.1 or 10.4.2 'Tiger' only, and fixes three problems. Core Audio now functions properly with various third-party applications such as Quicktime, Jam, Safari and iMovie; also sorted is a problem whereby Quicktime picture could stutter and slow down when outputting audio via the Digidesign Core Audio driver. The disk activity problem mentioned above was also occurring in the TDM version 6.9.2, and has now been solved.

Both of these updates can be found at www.digidesign.com/download/cs/, as can an update for Pro Tools M-Powered on the Mac. PTMP v6.8r2 for Tiger is now officially qualified with all M Audio devices that were supported with version 6.8 for Panther. Please note that these downloads will not work as a demo version or update the previous demo version, and you may need to update your M Audio interface driver as well.

The final Digidesign update this month is for the EQ III plug-in. The Peak/Shelf switches for the low and high bands had been causing their knobs to send out 'latched' tokens when an automation pass was done in Latch mode. The result is that automation-enabling EQ III could cause EQ III controls to move in a sluggish manner as well as write unintended automation data. Visit www.digidesign.com/download/eq3/ to download the update.

In addition, they are supporting only single drive mechanisms connected to the Oxford 912 boards. If you want to use a dual mechanism/single 912 bridge drive, like the Lacie 'Bigger' series, they suggest using them for backup or transfer rather than as your record/play drives.

Sony Oxford have announced the launch of Oxford Limiter (above), a limiter plug-in which uses logarithmic side-chain processing with adaptive timing functionality and lookahead techniques. Comprehensive metering is provided, which displays not only conventional peak sample value, but also inter-sample overloads, allowing dynamic correction of reconstruction overloads in real time. Sophisticated dithering with selectable and variable-depth noise shaping is available in either 24-bit or 16-bit modes. The TDM version costs £295 including VAT, with the RTAS version retailing at £195. The comments I have heard so far are very complementary and Sony Oxford's designers have been active on the Digidesign User Conference responding to users' comments.

A new version of Serato's Pitch 'n Time adds full support for sample rates up to 192kHz, together with Mac OS X and Pro Tools 6 compatibility, while the user interface has been completely redesigned for clearer and more intuitive functionality. Pitch 'n Time 2.2 now offers a maximum 8x time stretch and a pitch-shift factor of three octaves.

For those just getting to grips with using Pro Tools, news of two products that might help. The first is Digidesign's own Pro Tools Method One training DVD, in which composer Eddie Heidenreich — a Digidesign-certified Pro Tools Expert Instructor — explains core concepts and Pro Tools techniques and covers everything from setting up Sessions and recording audio to advanced topics such as editing MIDI, working with loops and plug-ins, and automating mixes. The Pro Tools Method One DVD costs £29.95.

The second is The Complete Pro Tools Shortcuts, by Jose 'Chilitos' Valenzuela. This book contains a complete list of over 250 shortcuts to help you get more out of Pro Tools. Each shortcut shows the key combination needed on both Mac and Windows, what it does, in what context the command is available, and other important notes. The book is published by Backbeat and costs £13.95.