Our Experts Transform Your Tracks
By Neil Rogers 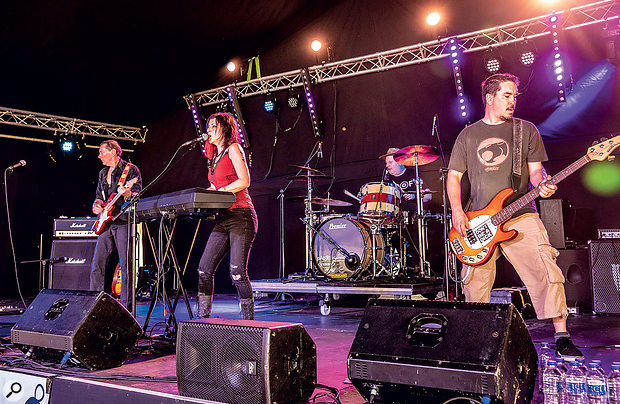 Our engineer weighs up the benefits and pitfalls of a 'stems-only' approach to mixing and mastering an album for a self-recording band.

Making smallish independent EP or album projects work commercially these days is challenging. In the '90s and early '00s, we could at least kid ourselves that we'd shift enough CDs when gigging to cover the recording and mixing costs. But while streaming services make it easier to get your music out there, they don't deliver the income that's needed in the short term. Many artists, then, view the DIY approach not only as enjoyable but also as a way to cut costs. I'm often asked to quote for mixing and mastering projects that a band has self-recorded, but while I enjoy working on such projects it can be difficult to agree a budget that works both for me and for the artist; mixing takes time, and an album project is a real commitment if you even partly rely on this work to pay the bills!

This month, I want to discuss an album project where we found a way to reduce the time I spent on the production while still adding real value. The approach sits somewhere between mixing and mastering, and it tends to work best when the artist has a clear vision of what they want from a mix — but can't quite get it there themselves. It's described variously as 'stem mastering' and 'stem mixing', and which one of those is correct really depends on your point of view, but as long as everyone's clear on the aim and approach, the name doesn't really matter!

Essentially, the idea is that the artist creates something close to a finished mix and bounces it down not to a single stereo file but as somewhere around 4-6 stereo groups, or 'stems'. They'll provide separate stems for, say, the drums, the bass, the guitars, the synths, and the vocals. (By the way, this is what a 'stem' is — stems aren't to be confused with the individual source files that you'd start with for a full mix.) Obviously, the engineer has a lot less to play with than when mixing, but still has access to much more than a mastering engineer usually would.

Inevitably, it's not a flawless approach, but it can still allow someone like me to make a significant improvement to an artist's mix in a relatively short space of time — and, importantly, for a smaller fee.

The project was a 10-track album for rock band Derecho (see the 'Featured This Month' box). I'd helped the band with an EP a few years ago and we eventually settled on a stems approach. But this time they'd decided before recording that stem mixing/mastering would suit them. It was a straightforward project in many ways, as the tracks had been properly recorded elsewhere and the mixes were already in reasonable shape; they just needed a helping hand. But it still provides a great example of some of the pros and cons (for engineer and artist alike) of going down the stems route.

The stems for all the songs were similar in nature, with five or six 24-bit, 48kHz stereo files covering drums, bass guitar, guitars, piano/keys, and vocals. Some had a separate file for backing vocals or some sort of sound effect, and all the effects and processing were 'baked in'. 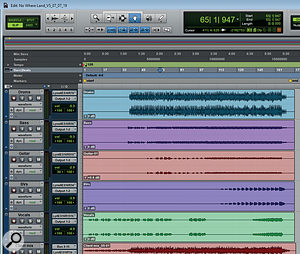 The stereo stems for a typical track from the album.You have to get into the right mindset for a project like this — to think of it more like an expanded mastering project than a...