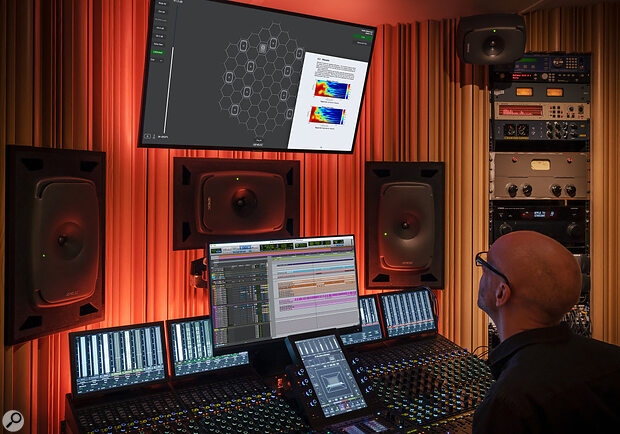 Genelec have released version 4.2 of their GLM loudspeaker management software, alongside introducing a new 9301B multi-channel AES/EBU interface. Aimed at making the configuration and management of Genelec’s Smart Active Monitoring systems even more user friendly, the manufacturer says these two new additions provide a scaleable and cost effective approach to creating immersive monitoring systems with up to 16 channels, using one or more bass-managed subwoofers. Systems can also be expanded with an additional 9301B, supporting a total of 32 channels.

The headline feature of the update is the introduction of the GRADE Room Acoustic Report, making GLM the first calibration software in the world to provide users with a complete analysis of their room and monitoring system performance. A wide range of variables are analysed by the software during the AutoCal speaker calibration process, including frequency response, early vs late sound at the listening position and time of flight accuracy. This information is then used to generate specific observations and advice on acoustical issues, helping both users and studio designers to fine tune a room’s acoustic treatment, adjust monitor and listening positions, and optimise bass management.

This new interface works in conjunction with Genelec’s 7300 Smart Active Subwoofer systems, providing users of immersive systems with additional control over their bass management. The interface supports up to 16 channels of digital audio in a format compatible with the 7300 series’ single AES/EBU input. A single 9301B can support 16 channel formats such as 9.1.6, with higher channel-count formats such as 22.2 catered for with the addition of a second 9301B.

The update is out now, with GRADE available for free throughout 2022 as an introductory offer. Pricing for the 9301B is yet to be announced.