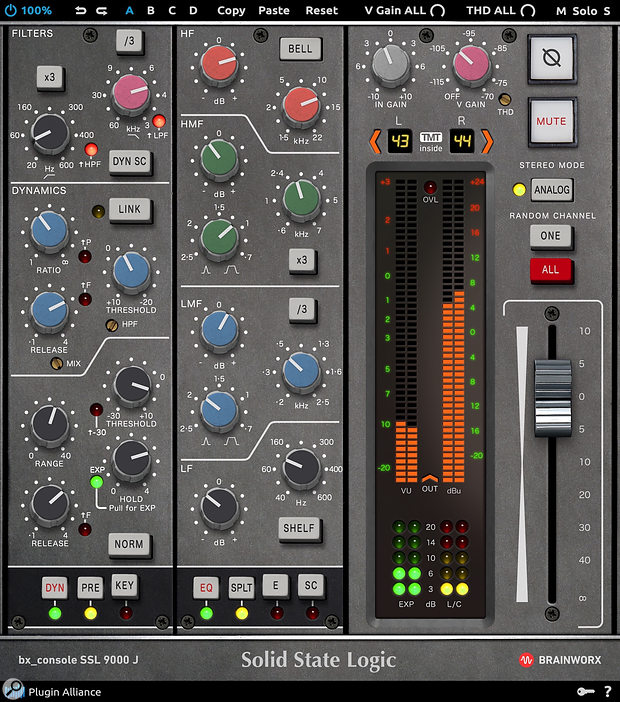 Analogue-modelling experts Brainworx have translated a number of Solid State Logic's channel strips into the plug-in format, and now they've tackled perhaps the most advanced of them all: the 9000 J.

The 9000 J was one of the last über-consoles SSL made, and represents arguably the pinnacle of analogue console design. And Brainworx have migrated all the functionality of a 9000-series channel strip into their new plug-in — chiefly the EQ and dynamics sections — plus a few extra bells and whistles, including a variable distortion control.

Intriguingly, Brainworx's model uses the company's patented TMT, or Tolerance Modelling Technology. Most 'analogue recreation' plug-ins tend to model a single device — perhaps an example of the original that's in excellent condition, in order to make their software sound like a brand-new example of the thing it's emulating. For the 9000 J plug-in, however, Brainworx have actually modelled the inconsistencies in analogue components, and used those models to provide not one, but 72 subtly different flavours of channel strip. This, say Brainworx, means you can have an accurate emulation of a 72-channel SSL 9000 in your DAW, rather than simply 72 identical channels.