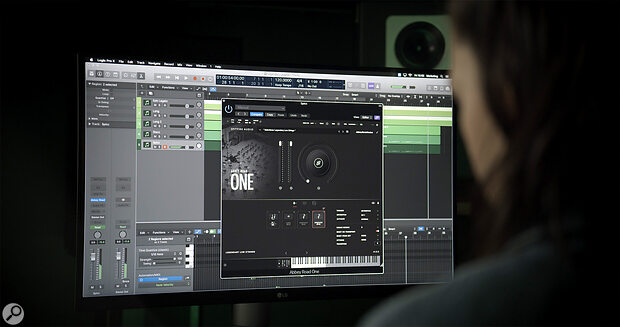 Abbey Road's Studio Two tends to get all the rock & roll glory thanks to its association with the Beatles, but Studio One is probably the single most-heard acoustic space in the world. Quite aside from the countless popular music productions it has hosted, the sound of Abbey Road Studio One can be heard on some of the biggest movie scores in the world, from the Star Wars and Lord Of The Rings series to the Harry Potter and Avengers films. 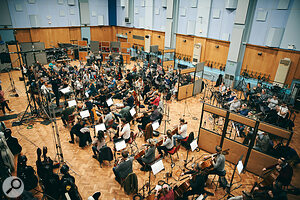 British sampling experts Spitfire Audio recorded a hugely ambitious instrument collection there, the Abbey Road One: Orchestral Foundations library, last year, and today they've released two supplementary libraries, which can be used either on their own, or alongside the Orchestral Foundations pack as part of larger-scale compositions.

The two additions are called Sparkling Woodwinds (aimed at letting you create “magical, lyrical woodwind lines”) and Legendary Low Strings, which comprises the cellos and double basses of a full string section for dark and moody tones. Like the original Orchestral Foundations instrument, these new sample packs were recorded using the finest microphones and preamps at Abbey Road's disposal, and let you choose from 10 different miking positions. They use the same GUI as the full-fat Abbey Road instrument, and were even recorded using the same musicians, which means they should slot effortlessly into existing Orchestral Foundations projects. Naturally, both Sparkling Woodwinds and Legendary Low Strings offer a range of articulations, including legato, long-note and staccatissimo playing styles, plus spiccato for the strings.

Sparkling Woodwinds and Legendary Low Strings are both available to buy now, for £49/$49 each. To hear what they're capable of, check out Spitfire's walkthrough videos, embedded below.