Published 8/3/21
Use your iOS or Android device to switch articulations, adjust the mix, and more 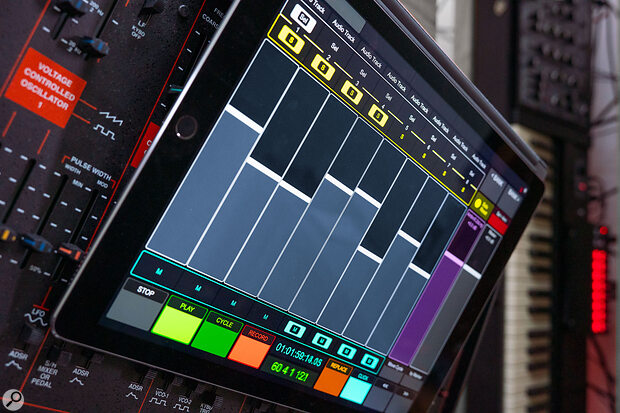 The Open Sound Control protocol came to most people's attention back in 2007, with the launch of the then-revolutionary Jazzmutant Lemur. This customisable multi-touchscreen device provided hands-on control of audio software more than three years before anyone had ever heard of an iPad.

Apple's touchscreen tablets essentially rendered the Lemur redundant, and Jazzmutant discontinued it in 2010, but its spirit lives on in the form of TouchOSC: a customisable Open Sound Control app for iOS. Like the Jazzmutant, you can customise it to send control data to any OSC- or MIDI-compatible programme or plug-in, but there's also a healthy community of people uploading their own presets, ready to use with a range of popular plug-ins and instruments.

One such preset has just been released for the Spitfire BBC Symphony Orchestra sampled instrument, and it's a freebie for existing TouchOSC owners. The setup allows you to take real-time control of all of BBC SO's articulations, expression CCs, global parameters and microphone mix levels, and works with any iOS or Android device that has TouchOSC installed.

Follow the link to the announcement thread in the VI Control forum below to find out more.