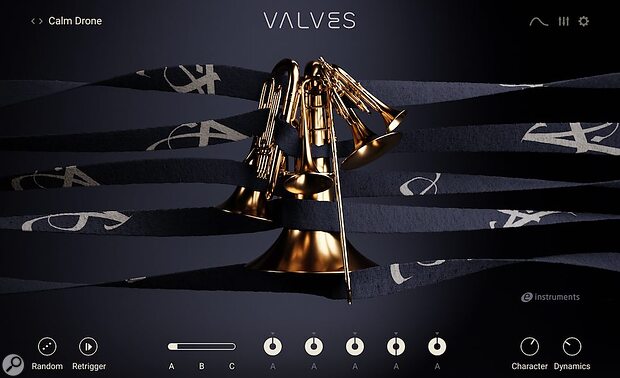 e-instruments have announced the release of Valves, a brass ensemble sample library developed in collaboration with Native Instruments. Omitting the trumpet and saxophones usually found in such libraries, Valves has instead captured a range of softly-played techniques performed by an ensemble comprising flugelhorn, French horn, trombone, euphonium, and tuba. This approach promises to offer a brand new take on brass libraries, producing a mellow timbre that will suit a wide variety of musical genres.

The instruments featured in Valves were recorded as a full section led by the same conductor, but with the players in isolated rooms. The company say that this allows the library to deliver the best of both worlds, providing a realistic and coherent ensemble sound whilst still affording users a large degree of flexibility when balancing instruments at the mix stage.

The library comes with over 100 phrases that can be explored using a preset browser, and provides options that range from simple sustains through to complex rhythmic patterns. Users can edit the built-in sounds from within the instrument’s Phrase Player interface, and are also able to create their own from scratch thanks to a collection of chromatically sampled articulations that include crescendos, decrescendos, swells, waves, and noises. 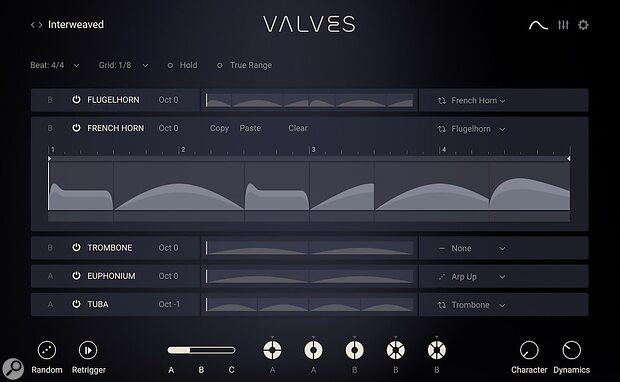 The company say that they have considered how a real brass section would sound, and have implemented a range of features to enhance the realism of parts programmed with the library. The Dynamics knob placed on the main page of the GUI allow seamless blending between velocity layers, whilst some timbral variation can be introduced using a Character control. Thanks to the use of individually sampled notes, a Smart Voicing function is able to distribute each note across the instruments when a user plays a chord, and Polyphonic Legato feature allows individual re-triggering of notes within a phrase.

Valves is also equipped with a comprehensive mixer section which offers control over level, pan, and effects parameters for each individual instrument. There are two send effects and two master effects slots, and users are able to choose from a collection of 36 effects and processors which includes reverbs, delays, EQs, filters, saturation, and more.

Valves requires either the free Kontakt 7 Player, or the full version of Kontakt 7.1.5 or above. PCs running Windows 10 or 11 are supported, along with Intel Macs running macOS 10.15 and higher. Apple Silicon Macs running macOS 11 or 12 are also supported, and the library will run natively in standalone mode or within an M1/M2-native host DAW. The download size for the library is 11.65GB.