Secrets Of The Mix Engineers: Joseph Colmenero
By Paul Tingen 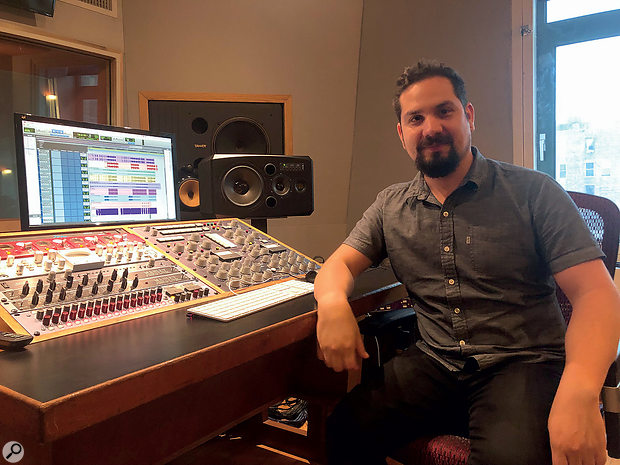 Joe Colmenero hit the big time with Lil Tecca — and one of the smallest mixes he's ever done!

"My goal is that when I deliver my mix, all my clients do is turn up the volume, and that's it! Having said that, it is just so funny that this relatively modest and humble session that I have done for Lil Tecca is the thing that tons of people are calling me about now. I have done fully analogue mixes, using 48 channels on an SSL, and tons of vintage gear and crazy routing and multiple mix busses, and the whole Brauerising thing [Michael Brauer's technique of using multiple bus compressors on sends], and spent three days on it. The results were really cool mixes, that would get like 10,000 plays. Yet I did the this mix on my laptop, most of the time with some headphones, of a fairly small and simple session, and I didn't change that much, and it turned out the biggest thing I have ever done." 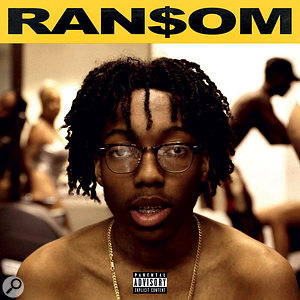 'Ransom' Written by Tyler-Justin Sharpe, Danny Snodgrass Jr & Nick Mira. Produced by Nick Mira & Taz Taylor.Joseph Colmenero laughs. The track in question is Lil Tecca's breakthrough hit 'Ransom', which has racked up 200 million streams and counting, and reached the top 10 in dozens of countries. And although Colmenero loves analogue gear and expansive mixing techniques, his experience with Lil Tecca is in some ways typical of modern hip-hop/trap music, where short songs with few elements are often mixed by the beatmaker or tracking engineer.

One consequence of this development is that the world of mixing no longer seems like a closed shop dominated by a few elite names. It gives less well-known engineers a chance to mix big-time records and build a career, and Colmenero is one of those who looks set to benefit, having mixed most of Lil Tecca's debut album We Love You Tecca, which was a US top 5.

Like virtually all artists breaking through these days, Tecca's climb to the top involved trending on social media, in his case SoundCloud, before a management company and then a record label picked the artist up. Colmenero: "I happen to know Tecca's manager, Giuseppe Zappala, and he sent me some artists he was developing, and Tecca was one of them. I did a few tracks with Tecca, recording his vocals and mixing them, one of them being 'Love No Thot', and he put that straight onto SoundCloud. His fans really liked it, and that's where we realised that we got along. Tecca only uses a Neumann U87 for his vocals, and I have used a couple of different preamps, the Neve 1073 and an Avalon 737. Though just last night I used an SSL VHD Pre on him, and we really liked how that sounded.

"The way Tecca works is all freestyle. It's not like he spends four days listening to a bit, writing stuff with a notepad. He's very much in the moment. Go in, do a line, think about it, do another line, and so on. It's one level above stream of consciousness. These songs are very short, no more than three minutes, and very much geared towards the SoundCloud market. They just kind of crank them out, and they keep making tracks until one of them really feels right, and then they upload it. So Tecca has a lot of material. I think they only release about 40 percent of it!

"I have done a lot of sessions for the mixtape [We Love You Tecca]. I did most of the sessions in my own studio, though they also flew me out to LA, because many of the producers that he works with are out there. Sometimes I tracked vocals with him, sometimes he did them with somebody else, and then he just gave them to me to mix. Some of the mixes for the mixtape were done by Rambow. 'Ransom' was sent me by his manager. The producers, Taz Taylor and Nicholas Mira, are based in LA, and they had already recorded Tecca's vocals. The idea was for me to spruce it up, though it was already very good as it was, so no need for me to do tons of things. I finalised that mix at The Cutting Room."

Joseph Colmenero: "My first step is to get the session to sound exactly like the rough mix. Then I move from there."

"The screenshots you see of my mix session of 'Ransom' is pretty much what I was sent. I go in and organise the session the...