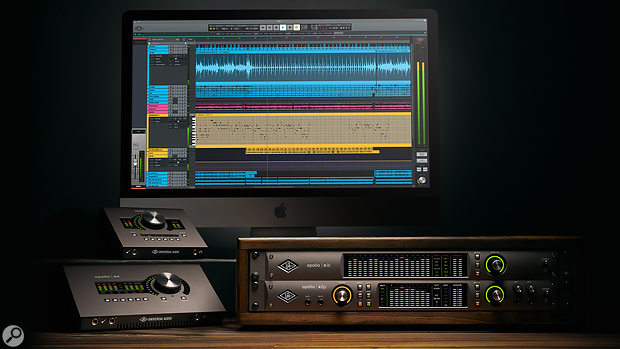 At the NAMM Show back in January (which feels like a very long time ago now!), one of the biggest talking points came from the Universal Audio stand, where UA announced that they were at the advanced stages of developing a recording platform for Macs running their Apollo DSP-powered audio interfaces. Though Universal Audio had originally planned a later launch, alongside some exclusive content showcasing LUNA in a band-recording setting, those plans — like many others during the current crisis — have been changed, and the good news for Apollo owners is that LUNA has been released early. In fact, it's been released today, and is available now, for free, to anyone who owns a Mac and a Thunderbolt Apollo interface.

In case you missed the hype, LUNA takes the UAD Console concept to its logical conclusion, by allowing you to record, edit and play back multitrack audio. It offers some features that have previously been the province of expensive specialist programs, such as trim automation, and also features integrated tape emulation, Neve console summing and proper tape-style varispeed. LUNA also comes with a suite of software instruments including the free Shape sample-playback instrument, a sample-based grand piano called Ravel, and a faithful recreation of Moog’s classic Minimoog.

Naturally we’ll be bringing you an in-depth review in an upcoming issue of SOS, but meanwhile check out Sam Inglis's hands-on video review of LUNA in action.