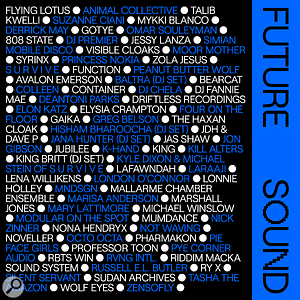 Moogfest have announced the final additions to their 2017 festival, rounding out an impressive lineup with DJ Premier, Zola Jesus, King Britt, Jana Hunter, Baltra, IDEO, Modular on the Spot, and Durham music collective The Floor. This announcement builds on Moogfest’s programme which balances the two festival strands: Future Sound (performances) and Future Thought (conference) conversations and workshops, with artists and technologists who participate in both sides of the program. 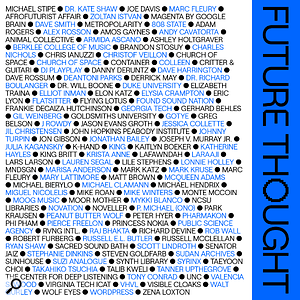 As announced previously, Google Brain’s Magenta project leads workshops exploring how machine learning can be used to create art and music. Their workshops include an introductory session on the basics of training neural networks to generate musical sequences using the open-source Magenta library, an interactive “AI Jam Session” in which participants can play with the Magenta project’s newest technologies, and an advanced hackathon-styled workshop focused on the AI-based musical sequence generation API provided by the open-source Magenta library, which uses MIDI for communication.

The schedule also invites back award-winning design firm IDEO for a workshop making speculative sound machines, and add to that unique environment-specific outdoor Eurorack synthesizer performances from Modular on the Spot founders Eric (Rodent) Cheslak and Bana Haffar, for a festival experience that’s unlike any other.

Professors Mike Roan, Charles Nichols, Tanner Upthegrove, Eric Lyon, and Ivica Ico Bukvic of Virginia Tech’s ICAT program bring this year’s Spatial Sound theme to life through an array of workshops and conversations. The workshops include a 3D Audio Space Jam in which participants control the location of sound in 3D space with interactive devices like the Leap Motion and WiiMotes; a session on Creative Coding for Spatial Sound where participants learn to code spatial effects using the free, open-source program SuperCollider; and a conversation with musician Ry X on what it takes to set up and operate a 24-channel immersive audio system.

The music-focused film programme fills out, too, with six additions to the programme, notably including two films led by Moogfest 2017 artist Zena Loxton SpeakUP: The Power of Lyrics, which follows the life of a group of creative activists, hip hop artists, and journalists who came together in 2012 to create a revolution through music in Senegal and SpeakUP: Women of Africa, which looks at Grammy-winner Angelique Kidjo journey in Dakar as she passionately meets young female artists, inspiring them to continue using their work as a platform for social change. There’s also the intriguing Transfiguration, an official selection at the Cannes Film Festival, scored by Moogfest 2017 performer Pharmakon, which follows a troubled teen's fascination with vampire lore; and Life in Waves, a film which explores Suzanne Ciani’s pioneering work through her eyes.

Other features and topics within the festival include Black Quantum Futurism; Techno-Shamanism, Protest, The Future of Creativity, and much more.

Ticket prices start at $249 for the whole four-day event. For the whole schedule, check out the Moogfest website.