Trinnov's hugely advanced room- and monitor-correction system, the D-Mon, has just been given a major update. The headline feature is Dolby Atmos compatibility, but there are some other tweaks too, plus a refresh of how the D-Mon range is configured.

The new Atmos compatibility extends to playback systems up to 9.3.6 speakers, implicit in which is an increase in the number of optimisation channels the D-Mon can provide (18, up from 12). There's also a new configuration page, with a dedicated matrix for setting up multiple subwoofers and assigning different channels to them, as well as setting crossover frequencies. 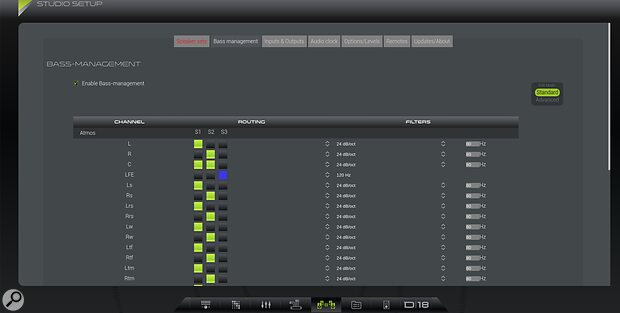 Previously, the D-Mon was available in two hardware configurations, called the D‑Mon 6 and D‑Mon 12, which offered six and 12 channels of DSP respectively. Now Trinnov are offering just one D‑Mon hardware model, and allowing users to 'unlock' extra channels as and when they need them, as a cost option and in increments of two channels.

Finally, the update adds Dante-compatible Ravenna/AES67 support, for use in networked audio systems.

To find out more about how the Trinnov D‑Mon system works, check out our in-depth review.