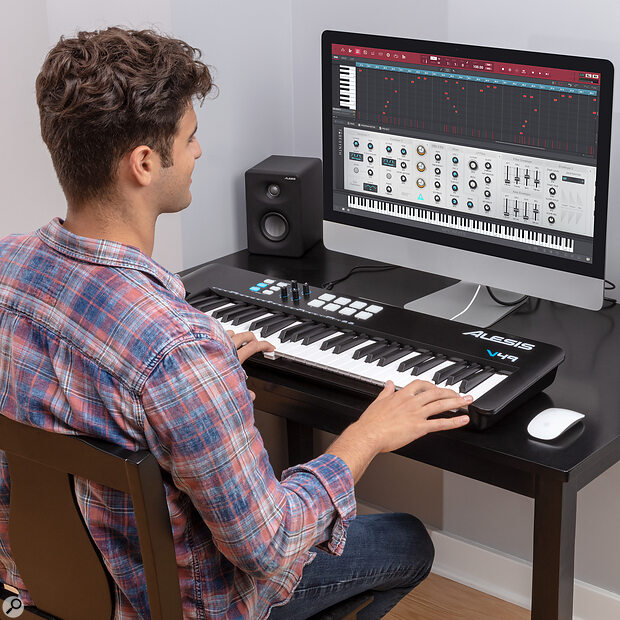 Alesis' V Series of affordable MIDI controllers has attained MkII status. Probably the biggest difference is that their backlit drum pad grids have been moved to the middle of the units, rather than being tucked away to the left, which should make them more suitable for narrower desks and on-the-go use.

As before, the range comprises three models — the V25 MkII, V49 MkII and V61 MkII — each named after the number of synth-action 'waterfall' keys they possess. In addition to their keys and drum pads, they each also sport mod and pitch wheels, octave up/down buttons, a sustain pedal input, and a built-in arpeggiator. They can also all run on USB power, making them ideal for live and mobile setups.