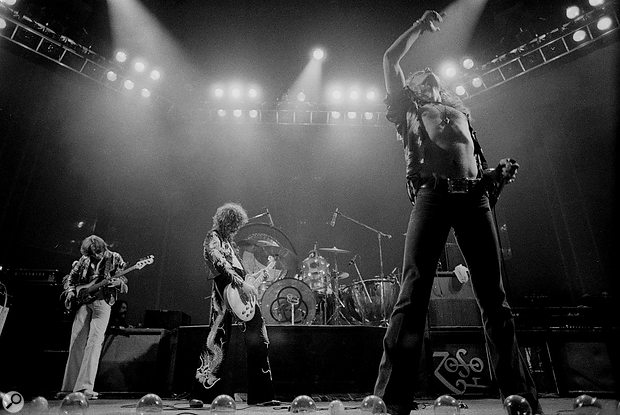 Led Zeppelin's 'Kashmir' became a band-defining track, but it started life in an Airstream trailer known as the Ronnie Lane Mobile Studio.

While 'Whole Lotta Love' and 'Stairway To Heaven' may be the better-known songs, there's a strong argument that 'Kashmir' — heavy, driving, melodic and mysterious — is the quintessential Led Zeppelin track. As the side-two closer of 1975's monumental double album Physical Graffiti, the sweeping, eight–and–a–half–minute epic featured guitarist Jimmy Page adopting a folk–style DADGAD tuning for its cyclical riffs, mirrored by the Mellotron and orchestral arrangements of bassist John Paul Jones, supported by the strident beats of John Bonham and topped by the yearning, desert fever dream vocal of Robert Plant. 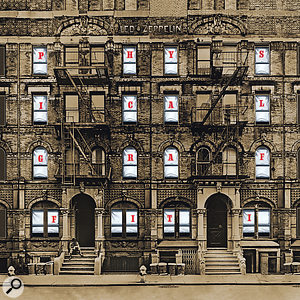 The song started life under the working title of 'Driving To Kashmir', inspired by Plant's 1973 travels through southern Morocco — actually more than 7000km from the Indian subcontinent. But, as the singer later explained to US journalist Cameron Crowe, the concept was the dislocated beauty of a road journey, rather than the destination. Plant recalled one specific vision on his trip that sparked the idea for the lyric. "It was a single–track road which neatly cut through the desert," he remembered. "Two miles to the east and west were ridges of sand rock. It looked like you were driving down a channel, this dilapidated road, and there was seemingly no end to it."

In the years that followed, up to Bonham's death in 1980 (when they split) and beyond, the four members of Led Zeppelin would regard 'Kashmir' as one of their finest musical accomplishments. "The intensity of 'Kashmir'," said Jimmy Page, "was such that when we had it completed, we knew there was something really hypnotic to it. We couldn't even describe such a quality."

The initial sessions for 'Kashmir' were conducted in a rundown Hampshire stately home, Headley Grange, which had earlier been the scene of recordings for Led Zeppelin's three previous albums, III, IV and Houses Of The Holy, using the Rolling Stones Mobile Studio. This time around, the band used a mobile recording truck built for the Faces' bassist Ronnie Lane by an American engineer, Ron Nevison.

In the US, Nevison had gained his early engineering experience working live, rather than in the studio, as the soundman for the likes of Derek & the Dominos, Jefferson Airplane (including for their appearance at Woodstock) and Traffic. But in spite of his success in this field, road life soon became a grind for him.

"You have to understand that with life on the road in 1969 or 1970 for a guy like me, I didn't fly around with my briefcase with the band on their private planes," says Nevison. "I was driving the frigging truck and loading up and watching the pretty girls walk out of the arena, while I was wrapping up mic cables and waking up people that were on acid and getting them to climb out of the big bass bins. It was a crazy time. 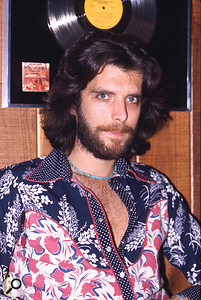 Ron Nevison in the mid-'70s."So, I was burned out. I'd finish up a gig at 11 o'clock at night and walk out of there at two in the morning, drive three or four hours and get six hours sleep and do the whole thing all over again. It was pretty nuts."

It was while Nevison was having a good old moan about his road dog life to Chris Blackwell, manager of Traffic — and, of course, boss of Island Records — that Blackwell suggested a move into studio engineering, offering Nevison a job as a recording assistant if he moved to the UK. "Chris said, 'Well, I happen to have a studio called Island,'" Nevison remembers. "It was on Basing Street [in West London] and the whole church building had been refurbished. It was the perfect setup for me and I took him up on it."

Given his background, Nevison took an unusual approach to studio engineering, in attempting to capture the excitement of live music directly onto vinyl. "For me, it was the live performance aspect of trying to record something," he says. "To make it sound like a performance instead of like a dry, tight studio atmosphere. I think everybody was going to concerts and watching their favourite bands, but when they got the studio album, sometimes it was not that exciting. So, I was just trying to make it as exciting as a live performance was, but without the visuals."

Subsequently sacked from Island (for the apparent sin of taking on another engineering gig one weekend), Nevison responded to a music paper ad placed by a studio-building company called Trackplan, which was co-owned by engineer/producer John Alcock and Pete Townshend of the Who. Nevison's first major project at Trackplan was to build a mobile studio for Townshend's friend, Ronnie Lane, in an Airstream trailer.

Named the LMS (for Lane's Mobile Sound), the studio was first employed in the recording of the Who's Quadrophenia, engineered by Nevison. At the time, the Who were in the process of trying to build their own Ramport Studios in Battersea but were running into problems.

"They had to start working on Quadrophenia, but their Helios control room console wasn't ready," says Nevison. "The studio was ready, everything was ready, the console was in there, but it was in pieces. So, Pete calls up Ronnie Lane and says, 'Hey, why don't you bring down the LMS and put it outside the studio, so we can get started? Pete figured, 'Well, the guy that built it, who worked for me, let's let him have a go. Who better than the guy who built the studio to run it for now?'

"I was a novice at this point," he points out. "I hadn't even done a whole album and here I am doing Quadrophenia. When I say I was a novice, I was a novice at recording. I'd spent years with microphones, preamps, signal paths, limiters. I knew quite a bit about the whole thing. But as it related to recording, I was still a novice."

Very quickly, due to the Who's towering ambitions when it came to recording the concept album, Nevison soon realised that he was running out of tracks: "Four tracks for drums, a track for bass, a track for guitar, a track for vocals. 'Oh, wow I have a track left. This will not work...'

"We needed more tracks," he adds. "So, over a weekend, if you can believe this, we converted LMS from eight-track to 16-track. We immediately found a problem because an Airstream is a cigar–shaped room and these machines with their eight additional tracks of electronics wouldn't fit in this curved shape, going up. Usually Studer did 16 [preamp modules] straight up above the tape machine. So, we put the extra eight underneath the tape machine. There was room for the eight channels, but there was a hum problem because they were close to the motor. So, we had to fly a guy in from Germany to fix that.

"The tape machine had to be changed from one-inch to two-inch, so the head stack had to be changed, the rollers and the tape guides had to be changed and the electronics had to be added, and it all had to be wired into the 16-channel board. So, it was a pretty big job. Then we went into a studio and took the tracks that we'd done in eight and copied them over to 16-track. So, unfortunately, there's a couple of the drum tracks on Quadrophenia that lost a generation on the drums, but we didn't really have a choice. But then we carried on and, at some point after the tracks were cut, the Helios in the studio was ready and we moved from the LMS into the main room." 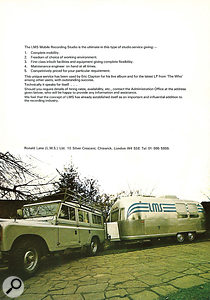 Original brochure for the LMS trailer.As a mobile unit, the LMS was pulled by a Land Rover that Lane had sprayed silver to match. During the making of Quadrophenia, Townshend tasked Nevison with recording the sea sounds that opened the album. "The LMS was heavier than most trailers, so you had to be a little careful driving it," Nevison remembers. "I took it down to Cornwall and recorded quadraphonic sea noise. I pulled into a public beach and ran the mains into [the light socket of] this loo and put microphones on the beach by some rocks."

Not long after, Nevison got a call from Led Zeppelin manager Peter Grant booking him and the LMS for sessions with the band down at Headley Grange. It was autumn 1973 and Led Zeppelin were in danger of falling apart, following the rigours of a recent, notoriously debauched American tour that had forced John Paul Jones to the point of considering quitting the group and becoming the choir master at Winchester Cathedral.

Nonetheless, the sessions began, with Page and Bonham initially jamming through old rock & roll songs. "I was pretty nervous about it, to be quite honest," says Nevison. "My recollection is that we were hanging out for a few days, even a week. John Paul Jones had some issues and couldn't make it, and I was never really told why. So, we were just doing old Elvis stuff and just messing around and finally we gave it up."