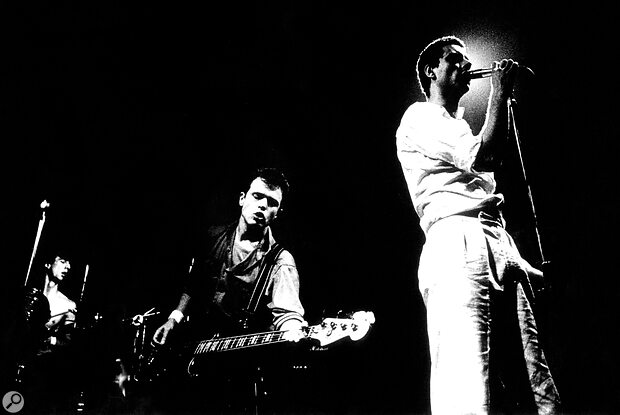 The three albums Mike Thorne produced for Wire showed that there was much, much more to punk than met the eye.

Decade after decade since their formation in 1976, London quartet Wire have continued to prove to be hugely influential. While still very much a going concern (in 2020 they released their 17th studio album Mind Hive), it’s their initial three albums — ’77’s Pink Flag, ’78’s Chairs Missing and ’79’s 154 — that have cemented their status as a classic band whose art rock sounds have echoed down the years.

In the early ’80s, the likes of the Jam and REM (who covered Wire’s ‘Strange’ on their 1987 album Document) sang the band’s praises and were inspired by their minimalist, angular shapes. Later, in the ’90s, Damon Albarn riffed on the chant of Wire’s ‘I Am The Fly’ (from Chairs Missing) to create Blur’s ‘Girls And Boys’, while Elastica virtually sampled the beat and riff of Pink Flag’s ‘Three Girl Rhumba’ for their track ‘Connection’ (prompting an out‑of‑court settlement). More recently, the sound of Wire can be heard in current bands such as Shame and Squid. 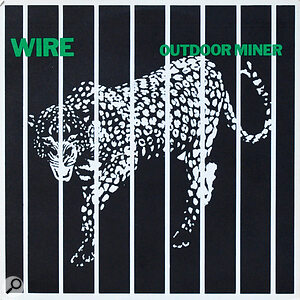 ‘Outdoor Miner’, from Chairs Missing, was the closest the band ever came to a hit, when the chiming, melodic single reached Number 51 in January 1979. The track stalled when the band’s label EMI were accused by the British Market Research Bureau of suspicious chart‑rigging activity involving the heavy buying of the single in chart return shops. Hit hyping was a common practise at the time. “But of course,” Wire producer Mike Thorne laughs today, “EMI would be the one to get caught.”

This minor controversy wasn’t to ever diminish the timeless appeal of ‘Outdoor Miner’, which remains a staple on alternative radio. In 2004, an entire tribute album — A Houseguest’s Wish: Translations Of Wire’s ‘Outdoor Miner’ — was dedicated to the track, featuring 19 versions of the song by the likes of Lush and Flying Saucer Attack.

Perhaps the secret of Wire’s long‑lasting influence lies in the fact that — in their original line‑up of Colin Newman (vocals/guitar), Graham Lewis (bass/vocals), Bruce Gilbert (guitar) and Robert Grey (drums) — they always stood apart from the pack. While they emerged during the era of punk, Wire seemed to instantly transcend it.

“Well, Wire weren’t just punk rockers,” stresses Mike Thorne. “They took the energy and the aggression of punk and channelled it into their own language.”

As a producer, Mike Thorne has a long list of diverse credits to his name, including Soft Cell, John Cale, Laurie Anderson, Blur and Roger Daltrey. Back in 1970, he started his career as a tape operator at De Lane Lea Studios in London, thrown into the deep end working on sessions with Fleetwood Mac and Deep Purple.

“You just got plunged in,” he remembers now. “I showed up on the Monday morning at 10 o’clock and there was nobody there yet. I thought, ‘Well, I guess this is the business,’ and people started rolling in. By Wednesday afternoon, I was on a Fleetwood Mac session. Those Fleetwood Mac and Deep Purple sessions, you just did your minor job, making tea a lot of the time, and just paid attention. I got fired after a year. But that was enough to get me on my way.”

Thorne’s next move was into A&R, bringing the Sex Pistols to EMI Records for their brief, one‑single association with the label with ‘Anarchy In The UK’ in 1976.

“When I arrived at EMI, I didn’t know that being an A&R man involved hanging around late‑night clubs and talking to other people,” says Thorne. “I thought it involved going out and seeing as many bands as possible, which wasn’t really the way that people did it. So I got out and about, and I picked up the phone when Malcolm McLaren called. Nobody else wanted to take the call.

“It turned out that the Pistols were playing the 100 Club in Oxford Street. So off I went, I liked what I saw, and I talked my boss into going up to Doncaster to see them and he liked what he saw. Counter to the way people were reacting to the shock‑horror press, we thought they were a decent bunch of people and made very different music that we liked.”

“I got wind of the fact that The Roxy guys were thinking of putting a four‑track in the back of the club and doing a recording and putting it out,” he recalls. “I thought, ‘This is a rather good idea, but it could use more resources.’ So, I got on the phone, went down and saw them and then we did the whole works. And the rest is a very nice piece of history.”

The bands featured on the album included Buzzcocks, X‑Ray Spex and, fatefully, Wire. “Nothing stood out about them to start with,” says Thorne, “because that was one of their very first gigs. But eventually, it was just the strength of the songs and the strength of the delivery, which is what you look for in anybody really.”

The producer took it upon himself to get Wire signed to EMI and offered to record demos with the band in the company’s eight‑track basement studio at their headquarters in London’s Manchester Square. “It had a small old EMI desk with eight group outputs — it was enough, it didn’t need to go any further than that — and a one‑inch tape machine.

“That was a nice little place. It had a couple of permanent engineers, but they were perfectly happy for me to go in on a Saturday afternoon, which is what I did. It was a very good way of getting close to the artists. I did that with Kate Bush too. It was just me and the band or the artist. You got a lot closer. You got to understand each other a lot better that way. And also, they could see that I knew where the on/off switch was (laughs). So, there was more confidence on both sides.” 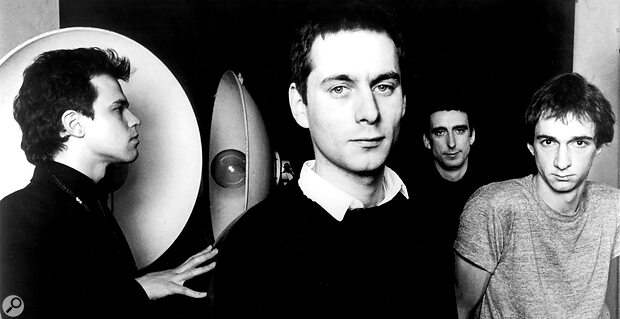 Work began soon after on Wire’s debut album Pink Flag, produced by Mike Thorne at Advision Studios in central London. Comprised of 21 tracks clocking in at a mere 36 minutes, it was a punchy and inventive first offering. Some songs were shorter than a minute, with the jerky, propulsive ‘Field Day For The Sundays’ lasting a mere 28 seconds.

“Yep,” Thorne laughs. “We had a different approach. It wasn’t exactly going in, thinking, ‘What should we do next?’ We had a meeting at my flat in South London before we got started, and we worked out the running order. So we went in and played it in the running order and then picked up the pieces. Obviously, we redid quite a lot.”

Throughout the ’70s, Advision had been the scene of key recordings by David Bowie (The Man Who Sold The World) and Elton John (Caribou). By 1977, its control room housed a Studer A80 24‑track two‑inch tape machine and Quad‑Eight console.

“I liked the engineer at Advision, Paul Hardiman,” Thorne remembers, “and I liked the vibe of the place. I did have quite a look around London before...